The Opposite of Magic

I wrote earlier that a purely literary device (a.k.a. a gimmick) such as magic or aliens needn't encourage belief or experimentation. While there are aspects of the Harry Potter books I find troubling, magic isn't one of them.

But should Christians have magic in their stories? If the magic is based on reality, then like any other sin, it's fair game--if it doesn't encourage readers in a harmful direction. It can even serve as a warning against the counterfeit miracles of magic and bring out the dictinction between true miracles and false.

Even literary magic can have useful qualities. In the Chronicles of Narnia and Tolkien's Middle Earth Stories, witches are not positive characters, ordinary humans either can't work magic at all or make matters worse when they do, and most magic is limited to naturally magical creatures such as elves. There is magic, but it's off-limits to us readers.

So the options appear to be

1. Real magic (demonically based power) presented in a way that discourages imitation;

2. Divine gifting, which may be contrasted with 1) above, and which operates at God's direction, not ours, as in the quote at the beginning of this article; and

3. "Supernatural" magic, where the "magic" is actually another set of natural laws that can be made to supersede the usual ones. In this case, the "magic" is no more evil than regular science: it may be misused, but it is neutral, a mere tool.

I don't care for the last option as a rule, though it crops up a lot. It is basically the basis for Narnian magic, though "magic" there often (especially as an adjective) means "numinous." It is also (very roughly) the explanation for magic in my short story "At the Mountains of Lunacy" (coming February 2007 in Light at the Edge of Darkness), though the proper explanation is far more involved.

I reject the quasi-naturalistic form of magic because it reinforces the dangerous modern tendency to reduce everything to formulas. "If there are natural laws, there must be supernatural laws"--and if we can manipulate phsical laws via physical machines, why not manipulate supernatural laws via supernatural machines? A lot of writing about prayer, spiritual warfare, and prophecy is an attempt to build such machines so we can take control never promised to us--but all for the glory of God, of course!

This is what magic really is: an effort to impose our will rather than God's. There's a lot of it around, even outside of fiction. In real life especially, we should be sure what we do is the opposite of magic.

"Greetings, Earthling! How would you like to play 'Probe the human' on my saucer?"
"You can't fool me. There are no aliens. You're probably just a demon or something."
"I've been called worse, Earthling. Why do you say there aren't any aliens?"
"Because in his new book, No, There Aren't Any Aliens, Idiot, Rev. Whimsy proves there aren't. See, I've got the 'For Dummies' edition and everything."
"I believe the reverend is singing a different tune these days."
"Yeah? Why?"
"Because I let my apprentice do the probing. The reverend swears like a sailor when you get the probe crosswise..."
Posted by Steve Rice at 9:49 PM 7 comments: 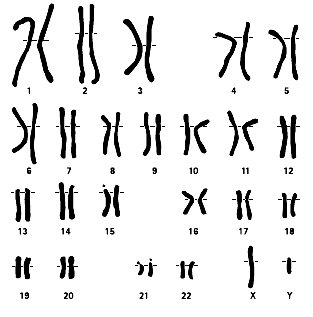 Back in the Technological Age, lab-coats said, “let there be tech,” and it was good. From Roe v. Wade, to pulling the plug on a loved one, to Dr. Kevorkian, we blundered through hi-tech goodness and tripped over legal rights issues. Biotech, back then, had three steps on bioethics. Then we decoded the human genome. This scared the reality of "goodness" into everyone, and the pendulum swung. Now cloning and stem-cell research are under debate—in the US.

Many have predicted that the twenty-first century will be known for its biological breakthroughs. By 2107, micro-tech submarines will zip through arteries, eliminating all diseases not legally protected by pharmaceutical lawyers brandishing the endangered species act like Greenpeace zodiacs fronting whaling vessels. DNA strands will stream binary code through computer chips, and we'll be flipping light switches and flushing toilets with brain waves.

What does this have to do with Biblical fiction? Theme. Yeah, I'm nagging about fiction message. I know we're a bunch of artists who wait on muse while plucking flower petals, chanting "She loves me, she loves me not." Authors of Bib-spec-fic, no matter how subtle, answer to the Editor-in-Chief. We have to write the tough stuff for our audiences. We wield a powerful genre that touches entire world-views: logic & emotion, idealism & reality, truth & life.

Is the subject of bioethics solely the sci-fi writers' department?

Theme does not need to be inspiration, but it can be. Those who plot first and land on theme, need to recognize rubber-meeting-road topics: bioethics.

I would like to pose a few questions. Why do you believe that Harry Potter has seen so much success? Why do you think that so many television shows are now focusing on "supernatural" experiences? Ex, "supernatural," "The Ghost Whisperer," "Medium," "Heroes," etc. And look at the movie industry...

I'll offer up a thought to consider. Miracles are dead.

Okay, now before you go off on a tangent telling me about the person you know who was miraculously healed from cancer, I don't actually think that miracles are dead, per say, but the world has changed since Old Testament days. We no longer have any Samsons. We no longer have a Moses or Elijah or Gideon or fiery furnace trio. We don't have a man feeding thousands with a couple fish and a few loaves of bread. Simply put, we haven't had a global miracle in so long that the world is hungry for one. (Personally, I think this is one of the reasons the Anti-Christ will gain so much power and convince so many people that he's the real deal, but that's another discussion.)

So, in the absence of miracles, what would any average miracle-hungry person do? Go looking for one. I write supernatural thrillers/horror and I got to thinking about the reasons that so many people love these genres. In research for a WIP, I've been going back through and re-reading a lot of the OT miracle stories when it hit me: We just don't get to see this kind of stuff any more. Sure, we have our tiny miracles...People saved from accidents that should have resulted in certain death, people cured of terminal illnesses in the blink of an eye, people without a dime to their names living without care day after day on faith...But where is the grandiose "Hand of God" miracle these days?

Ghosts. Ouija boards. Haunted houses. Psychics. Voodoo. Mediums. They offer up little miracles for the people that let them... But why do people let them? Because we hunger for more than what this world can show. Deep down inside, our very souls KNOW the supernatural exists. God is supernatural. And knowing that, knowing the infinity of his power, spurs the imagination, stirs that ingrained part of our souls that hungers for Him.

But not everyone knows Him. Not knowing Him doesn't stop the hunger, it doesn't stop that spiritual need for proof that something greater than our lives exist. And when someone doesn't know Him, all of the other supernatural things become so much more attractive. We want to explain the things we can't explain. We want to hope that there is some kind of life after death. We want to believe that our time on this earth isn't futile. And if we don't have faith in God, in Heaven, what do we have left as options? Reincarnation? Some kind of spirit world? etc.

Now, for those of us who do know Him, who have faith in the here-after, the supernatural isn't as much of a mystery. It's a fact. We know that God isn't the only one who moves in this world. The devil's agents move as well. So, as a Christian who loves supernatural thrills, I've come to see the importance of showing this modern world in which we live in proper light. I think we need to remind everyone that miracles are in fact, alive and well. They might not shake the world's foundation when they happen, but they happen according to His plan. And more importantly, we need to shed Light on those "miracles" that don't come from His throne so that those people who don't know Him can see a glimmer of truth through all the lies.
Posted by Daniel I Weaver at 6:57 AM 5 comments: