Got a Pen Handy?

In my short story, "Frozen Generation", (included in Light at the Edge of Darkness), I speculated about a future society that grows fetuses and embryos artificially and uses them for spare parts, slaves, etc. So it should come to no surprise I had my eye caught by a story about a 22 week fetus surviving what was almost a miscarriage:

The medical standard is not even to resuscitate a 22-week baby, so when Sonja Taylor knew she was going into labor in October after just 19 weeks, she lied about the baby's term.

Doctors worked to delay the birth, but nine days later, they had no choice but to perform an emergency C-section, thinking they were delivering a 23-week baby.

Pediatric surgeon Dr. Holly Neville was immediately called upon to repair Amillia's left ear and much of her scalp, which was torn during delivery and left dangling.

"She was literally just a coke can under sterile drapes," Neville said.

Normally, the skin of a baby that age wouldn't accept stitches or handling, but somehow Amillia's skin was mature beyond her age.

"I had never seen such a small baby," Neville said.

It was months later when doctors verified Amillia's true age through her parent's fertility specialist and discovered the perfectly healthy baby was born at exactly 21 weeks and six days -- a world record.

Now, somehow, I suspect she was only figuratively just a coke can rather than literally one, or at least I’ve never known a woman to give birth to cola, but seriously, grab a pen. Watch it a minute. Why? There’s a photo going around the internet of baby Amillia that shows she was barely bigger than your pen.

This perfect miniature little person is little different from the five month old fetus down the hall who is being aborted and disposed of as medical waste. I agree with Evan Brown, who reported on Amillia getting to get home on 2/21 this year after a four month stay in the hospital, and commented: “Amillia’s existence is a problem for those who argue for a woman’s ‘right’ to choose.”

But abortion advocates will find a justification for destroying human life even as technology increasingly moves towards the artificial wombs I envisioned in "Frozen Generation"—and to a place where, in order to justify the pro-choice position, our youngest children’s humanity, personhood, and rights are dependant upon the discretion of the mother.

I can’t help but think, one of these days, technology is going to make those who do not consider human life sacred from conception to the grave take another look at the “unwanted” pre-born as being useful for something other than fertilizer for a compost heap. They already look at them and see stem cells they hope will save lives (despite the reality that adult stem cells, which can be ethically obtained, have showed far more promise), growing virus cultures for vaccinations in tissue obtained from abortions, and to top it off, believe it or not, we are already harvesting fetal body parts for research.

Unfortunately, “Frozen Generation” does not require much stretch of the imagination at all.


More links on Andrea Graham and her work:

Advanced Orders for Light at the Edge of Darkness
Posted by Andrea Graham at 3:31 PM 4 comments:

Excerpts from Light at the Edge of Darkness

EXCERPTS FROM
LIGHT AT THE EDGE OF DARKNESS

Now that the anthology is in its final press stage, it seemed fitting to post excerpts from each of the short stories on the Lost Genre Guild website.

All of the previews are now available by going to the website: lostgenreguild.com/previews

While you are at the site, check out other changes and additions to our group site, including:

Labels: Biblical speculative fiction, light at the edge of darkness

CFRB Tour of The Chronicles of Soone 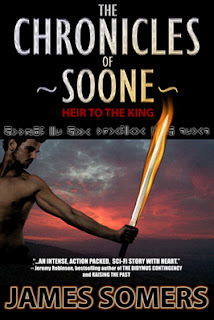 SPIRITUAL DARKNESS
A devastating interplanetary war has been raging for decades. The fallen ones have instigated mankind's downfall, waging a sinister campaign leading towards a singular goal, universal domination.
A WARRIOR RACE
Long the ordained guardians of peace, the Barudii, have been reduced to a scattered remnant struggling to survive. All but wiped out by the Vorn clan, they have little hope of stopping the genocide that threatens mankind's survival.
THE LAST HEIR
Young Tiet soone, the only remaining heir to the Barudii throne, returns from exile to avenge his fallen people. He is the final hope for restoration, and the only one that can mediate a peace between the warring clans before its too late...before the dark forces opposing his every effort succeed in enslaving humanity. To claim victory he will do what Barudii warriors do best-fight-to the death if need be.
Paperback: 272 pages
Publisher: Breakneck Books
Publishing date: (October 31, 2006)
ISBN-13: 978-0978655129
Heir to the King is the first book in James Somers' The Chronicles of Soone trilogy is available at amazon.com
Some reviews:

Jeremy Robinson, bestselling author of Raising the Past and The Didymus Contingency "...an intense, action packed sci-fi story with a heart. A gripping story, not to be missed!"

"The Chronicles of Soone took off at warp speed and didn't dock until the
very last page. I enjoyed it immensely!" —Steven Manchester, Editor,
Sunpiper Media Publishing 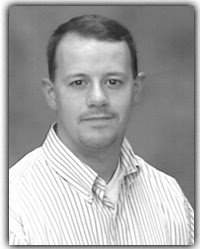 I live in Tennessee, and work primarily as a surgical technologist. I am an assistant pastor in my church and of course I am the author of the new sci-fi thriller, The Chronicles of Soone. This is a trilogy series with book 2 and 3 on the way. I am also the author of the christian thriller series, Perditions Gate, that will hopefully be published sometime soon.
In addition to writing, Rev. James Somers currently serves in the ministry as the Assistant Pastor of Martindale Baptist Church. He also works as a Surgical Technologist, specializing in Neuro-Spine surgery and has a family including his wife Christy and five boys. He plays several musical instruments and enjoys being a big kid with his children.
James' blog: www.jamessomers.blogspot.com
James website: www.jamessomersonline.com
Posted by cyn at 4:53 AM 1 comment: