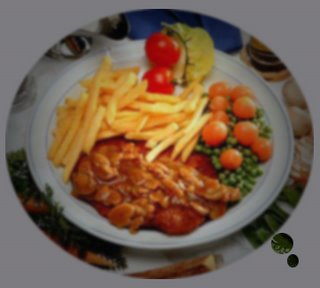 Our other Light at the Edge of Darkness bloggers have done an excellent job discussing the anti-Christian-Speculative-Fiction, so I thought I would offer up a different train of thought for consideration.

Why exactly are we doing this?

Questions have been raised about whether or not there really is such a thing as Christian Speculative Fiction and how it can exist, etc. Stepping aside from that argument for a moment and just accepting that it does exist, the more important question to consider is why write it?

Like the posts our authors have been examining over the last week or so, you have seen many of the arguments against Speculative fiction called out suggesting that it's all lies, etc. Well, it's fiction, so anyone picking up the book is going to know that it isn't "real." Or at least the last time I checked, no one had ever displayed a unicorn at the city zoo or offered travel packages to alternate realities. So, why write the stuff? Are we simply trying to entertain Christian audiences, or are we doing something more?

I imagine every writer who writes Christian Speculative Fiction has a slightly different goal in mind, but here are some things to consider:

A - whether you like it or not, there are those people that LOVE Speculative fiction. Just like some people love to escape into the old-testament Bible stories and imagine themselves fighting alongside Israel's armies or standing at the sidelines and watching a tiny youth topple a giant with just a sling and a stone, there are people that love to escape to alien worlds and alternate realities. If we don't write Speculative Fiction, are we simply giving up on those people and saying, "Well if you don't get grounded in reality then we're not going to try and save you or give you anything good to read?"

B - Christ constantly challenged the religious conventions of his day. If there is truly a train of thought that dismisses Christian Speculative Fiction, then should we be any different than our Lord? If the work we do ultimately centers around Christ, then shouldn't we pursue the path He's led us to walk even if nay-sayers say nay?

C - Isn't it okay to just be entertained some times? Granted, I'm not saying that's the purpose of our writing, but for some people, they love to read just to take a break and unwind, to unplug from the crazy world in which we live. Why shouldn't they be able to read science fiction or fantasy or horror story that doesn't offend and quite possibly instills some scriptural truth?

D - What better way to reach the "lost" than to make their transition a little easier or even lure them into a life-changing experience without knowing it? Just like Christian musicians play all varieties of music (including the "death" metal of groups like Demon Hunter, etc) to reach the lost as well as entertain those Christians who enjoy that genre of music, we too offer up a genre of fiction designed to both entertain Christians who enjoy that type of fiction as well as reach the lost who do as well. How many of you read Lord of the Rings or the first Narnia book without knowing they'd been written by Christian authors?

E - And what about our children? I have to tell you, I grew up in a very religious household with two very loving and involved parents. But guess what, they weren't there all the time. And they trusted me enough that I read whatever I wanted to read. Of course, I hadn't even heard of Christian fiction until my teens, but the point is that they weren't shoving it down my throat and censoring everything else I did. As hard as we try to protect our children and lead them down the right path, times will come when we can't protect them or they being making their own choices. So, as a parent, when my children come to me wanting the Harry Potters and such of this world, what am I to do but show them that there are alternatives. Just about every kid out there loves fantasy (at least when they're young.) The thrill of the unknown and unexpected excites a child's imagination. I certainly want to foster my children's imaginations and give them every chance to be anything they want to be (trusting that they will learn to known God's call in their lives and follow His lead.) If I can use Christian Speculative Fiction to foster that mental creativity, then why wouldn't I? Would I rather they get it elsewhere? Would I rather my kids find Harry Potter and not know about the dangers tied to the occult? Would I rather they discover Dungeons and Dragons or become enchanted by New Age philosophy? I'll sum up the answer to all of those in one word: NO.

So, while we debate what defines Speculative fiction and whether or not there really can be such a thing as Christian Speculative fiction, just remember that there are some other points to consider. Just a little food for thought.

You make some excellent points, Dan, and actually got me wondering. Do you think people consider the Da Vinci Code to be Christian Spec-Fiction?

As for why writers want to write Christian Speculative Fiction--I think no matter what genre, writers have a reason for writing--some message to convey. The genre they pick is one they enjoy.