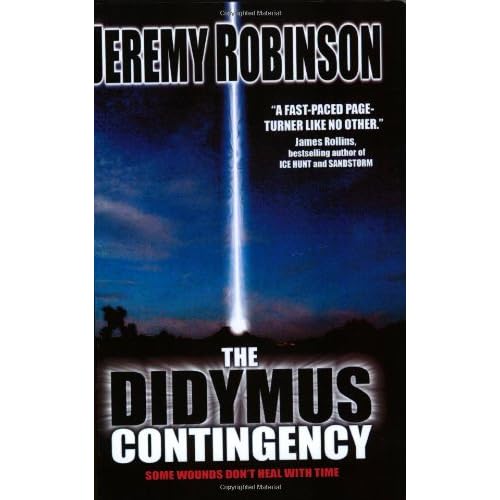 This is another book that is listed on wherethemapends under science fiction. The title was perhaps just a little off-putting at first, but after beginning to read, it began to make a LOT of sense!

The story is a true masterpiece of Christian time-travel. Two scientists from the present day – one an atheist, the other a Messianic Jew – get into a fight over whether Jesus really rose from the dead. In rage Tom activates a newly-discovered time travel system, determined to go back and prove it didn’t happen. David goes after him, fearing a rip in time could destroy history as we know it. Both end up meeting Jesus and tagging along with his disciples – but Tom remains obstinately disbelieving. What will it take to make a faithful follower out of the doubter – who always finds a way to discredit the miracles he sees, even when Lazarus staggers out of the tomb?

It’s a beautifully crafted plot, and according to the introduction, it began its life as a screenplay. Full of sound effects and delightful visual details, it surprised me again and again. Living in the past has its benefits, as both scientists experience an enormous boost in health from a diet of completely untreated food. But Tom and David can’t resist taking a break to zip back to present-day America for a meal of spare ribs – however, they forget to change out of their ancient garb and end up causing a ruckus in the restaurant. Another time, they enlist muscleman Lazarus to return to the future with them to help deal with the people who want them dead. A cliffhanger climax has Jesus catching bullets with his bare hands, and David discovering the love of his life.

I got it partly to see what a real Lulu book looks like, and on that account I’m perfectly satisfied. The print quality and binding is on a par with any traditionally published book. The only minus is that the manuscript has a little more than its fair share of spelling mistakes – which only proves once again that a self-publisher must be very, very careful about editing and proofing his work.

I really, truly loved the atmosphere created by this rollicking tale. The action barely ever stops, and – if you’ll believe me – I felt as if I knew Jesus better afterwards. Of course He can deal with time travellers, speak perfect English when necessary, be a friend to a persistent atheist, and enjoy the company of a Christian who always knows what’s about to happen because he’s read it all before…

Well done, Jeremy! When’s the movie coming out? I’m off to look for more of this author’s work!
Posted by Grace Bridges at 3:16 PM

Wow-a LuLu book. I'm impressed. I have my doubts about self-publishing but this book is something to think about.

Thanks for the great review! It's nice to read opinions from folks who really "get" the story.

I wanted to let you, and your readers, know that there is a new edition of The Didymus Contingency available. Those pesky typos/errors are history, it's got an awesome new cover and best of all, it's $3 cheaper than the original Lulu version (this new edition is from Breakneck Books).

For more info check out the Books&Authors page, or the Bookstore page at www.breakneckbooks.com. And thanks again for the wonderful review!